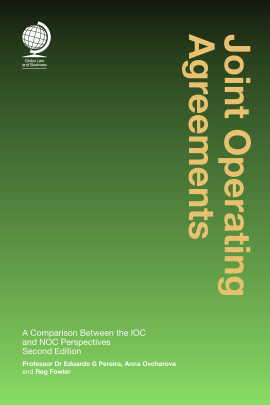 A Comparison Between the IOC and NOC Perspectives, Second Edition

This major work analyses the critical concerns and challenges that IOCs and NOCs face in this new type of consortium, and will ultimately suggest alternative solutions to find common ground between these parties.

Historically, oil and gas upstream activities were largely open to foreign investment. However, nationalisation in recent decades has concentrated the vast majority of natural resources in the hands of national oil companies (NOCs). Therefore, independent oil companies (IOCs) are increasingly likely to deal with NOCs as a partner.

The joint operating agreement (JOA) was intended as a private document that regulates relationships between private investors. Recent developments under several local laws require the participation of NOCs at some stage of the JOA. In addition, many NOCs are now operating internationally, such as Statoil, Gazprom and CNPC. JOAs will thus be affected, as public or semi-public entities are more likely to be party to a document which was originally constructed for private investors.

This major work analyses the critical concerns and challenges that IOCs and NOCs face in this new type of consortium, and will ultimately suggest alternative solutions to find common ground between these parties. The book is divided into three chapters, which respectively deal with the supervision & conduct of operations, the financial and accounting issues relating to the consortium, and the other relevant provisions of the agreement. Each chapter will include analysis from the perspectives of four different types of company - large IOCs, large NOCs, young IOCs and young NOCs. This approach will provide a detailed picture of the JOA from the point of view of all players in the oil and gas industry, from small to large companies and private to public entities.

This new edition, which is written by three relevant experts in the industry, updates the previous content and addresses new hot issues like compliance, conflict of interests, corporate and social responsibility and price volatility.

It serves as an invaluable guide for IOCs, independents, NOCs, consultants, legal advisers and consultants who need to understand the implications of having an NOC as a party to a JOA.

Reg Fowler
Independent consultant and senior lawyer
fowler1603@gmail.com
Reg Fowler is an independent consultant and senior lawyer. He has worked as in-house counsel in Atlantic Richfield, eni and Shell for a total of 24 years, and in every aspect of the oil and gas business, including trading and shipping, mergers and acquisitions, production sharing agreements, environmental law and joint ventures. He is particularly familiar with operations in Russia and Central Asia, and speaks Russian. He has published books and papers on topics such as Arctic exploration and shipping, the effect of state succession on long-term agreements, corporate social responsibility, the AIPN JOA (with Peter Roberts and Eduardo Pereira) and the ownership of property by joint ventures.

Anna Ovcharova
Vice president legal and compliance,
Wintershall Dea Russia
asovcharova@gmail.com
Anna Ovcharova is vice president legal and compliance, Wintershall Dea Russia. Before joining Wintershall Dea Russia, Anna worked as head of legal Russia in Repsol Exploracion, SA. She has also served as head of offshore projects legal support in the major Russian oil and gas company, Rosneft. She received a master's degree in law from Lomonosovs Moscow State University Russia in 2004, a master's degree in international and comparative law from Rijks Universtiteit Groningen in the Netherlands in 2008 and a PhD from the Russian Academy of Science in 2013. She deals with mergers and acquisitions, new ventures, integration in diversified oil and gas projects, including large-scale international projects. She is a member of AIPN and several professional societies in Russia.

Eduardo G Pereira
Professor of natural resources and energy law
egp.portugal@gmail.com
Professor Dr Eduardo G Pereira is professor of natural resources and energy law and a fulltime, part-time, honorary, associate, adjunct, researcher and/ or visiting scholar in a number of leading academic institutions around the world (including the Siberian Federal University, the University of the West Indies, University of São Paulo, Strathmore University, Agostinho Neto University, University of Aberdeen and Externado University of Colombia, among others). He has been active in the oil and gas industry for more than 15 years and is an international expert on joint operating agreements. His experience in this area - both academic and practical - is extensive. He has practical experience in over 50 jurisdictions covering America, Europe, Africa and Asia. He concluded his doctoral thesis on oil and gas joint ventures at the University of Aberdeen. He conducted postdoctoral research at Oxford Institute for Energy Studies (University of Oxford, UK), the Scandinavian Institute of Maritime Law (University of Oslo, Norway) and the Institute of Energy and Environment (University of São Paulo, Brazil). He is also a managing editor for the GSENRLJ and an associate editor of OGEL. He is also the author and editor of several leading oil and gas textbooks. Further information about his profile and publications can be found at: www.eduardogpereira.com.